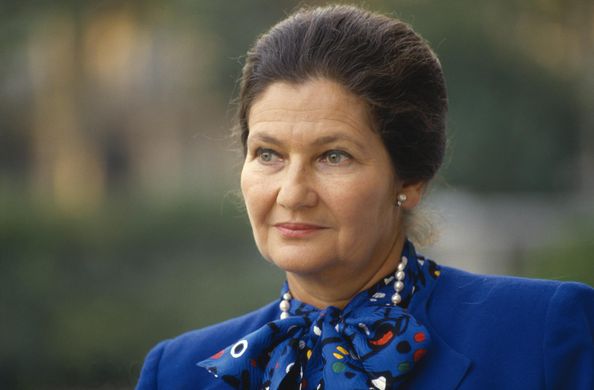 According to Google Analytics, 60% of the readers of this blog are under 35. I don’t know who Simone Veil was for young European people. What I know is that yesterday, for the very first time in my life, I signed a change.org petition : it was asking to bury her in the French “Panthéon”, acknowledging the honour French nation received from her, and it’s worth a few words of explanation.

Beyond her beauty and courage, she was so much for us !

For many, Simone Veil is the one person most responsible for advancing women’s legal rights in the middle of 70’s in France. At the time, she proposed and fought for in the French Parliament, the law legalizing abortion. Today, even if women are not familiar with her numerous accomplishments, they remember her name every time abortion and other contraceptive rights are discussed.

Even if I was a child then, I remember the days during the abortion debate in 1974 : much of the aggression was aimed personally at Simone Veil and her family and smacked of antisemitism. It came from all sides, from members of the Parliament on the floor to anonymous letters to her office and her home. The most abhorrent remarks even compared the legalization of abortion to the Holocaust.

But as crucial as the “Loi Veil” is, it would be a mistake to overlook her other contributions to French women, and more generally to the French society.

From 1957 to 1964, as a penitentiary administrator, she noticed that, although the number of women prisoners was far lower than that of men and that they presented no significant discipline problems, the conditions of their incarceration were far more repressive. She therefore acted to improve the way they were treated. During the Algerian war, she succeeded in regrouping Algerian women prisoners together and enabling them to pursue an education.

As the director of civil affairs, a position in which she had a direct impact on French women’s general rights and status, she achieved dual parental control of family legal matters, rights for mothers and their children by undeclared fathers and adoption rights for women.

At the Ministry of Health, she fought to end various forms of discrimination against women, expanding health coverage, monthly stipends for childcare, maternity benefits.

She was from my parent’s generation. It’s not the place here to enter in the history of my own family, but in many aspects, I feel as many of us, orphan again.

Born in Nice on July 13, 1927 (she was about to turn 90), Simone (Jacob was her last name at the time) was arrested by the Nazis at the end of march 1944. Her arrestation led to the arrest of her entire family.

She was deported with her mother, Yvonne and one sister, Milou, to Auschwitz-Birkenau and then to Bergen-Belsen.

Arriving in Auschwitz, Simone was tattooed the Identification Number #78651. The tattoo was applied to the upper left part of the breast with a special stamp with the numbers to be tattooed composed of needles.

Her elder sister, Denise, who had entered the French Resistance at the start of the war, was arrested and deported to Ravensbrück, but as a resistant, not as a Jew.

André, her father, and Jean, her brother were deported on May 15, 1944 in so called “Convoy 73”, which comprised 878 Jewish males who were taken from Paris-Bobigny to, for reasons which remain obscure to this day, the present Tallinn, in Estonia.

No researchers have been able to determine what happened to André and Jean. Yvonne succumbed to typhus in march 45, in Bergen-Belsen, a couple of days before the liberation of the camp. The three sisters survived and were liberated in early 1945.

In her remarks following the screening of a documentary on her life’s work at the 2005 International Women’s Film Festival in Créteil, Simone Veil displayed her characteristic charisma as she addressed the audience of various ages and backgrounds. She then paid tribute to her mother, describing her bravery at all times and especially during the internment in Auschwitz : “I’m often asked what gave me the strength and will to continue the fight. I believe deeply that it was my mother : she has never stopped being present to me, next to me”.

Madame Veil, with our German friends, and with all European People sharing our values, we will continue your fights. And you will never stop being present to us, next to us.

← Brexit : the Call of the Sea We the People of Europe ! →
Gérer le consentement aux cookies
We use cookies to optimize our website and our service.
Manage options Manage services Manage vendors Read more about these purposes
Preferences
{title} {title} {title}