Brexit : the Call of the Sea 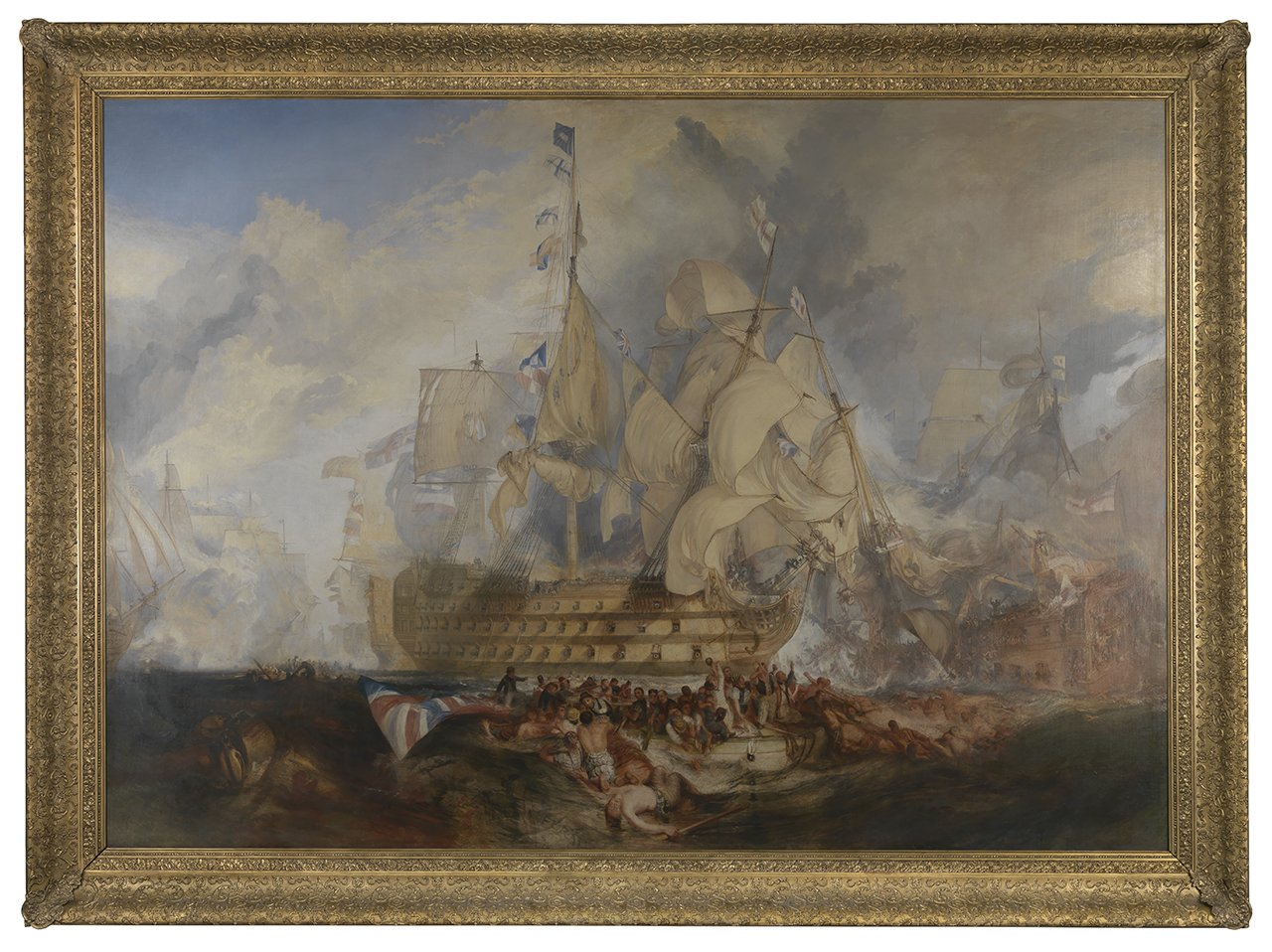 The size of the picture is really amazing, with a height of 2.62 meters and a width of 3.69 meters. And this painting by William Turner is probably today the masterpiece of Greenwich National Maritime Museum.

A few years after having defeated Napoleon in Waterloo, helped by the Prussians, King George IV commissioned a series of works to link Hanoverian dynasty with military success. This painting is one of them.

The Battle of Trafalgar, on 21 October 1805, was a naval engagement fought by the British Royal Navy, led by Admiral Lord Nelson aboard HMS Victory, against the combined fleets of the French and Spanish Navies, during the so called “War of the Third Coalition”. The British victory spectacularly confirmed the naval supremacy that Britain had established during the eighteenth century. Nelson was shot by a French musketeer during the battle and died shortly after, becoming one of Britain’s greatest war heroes.

Turner had a great deal of personal interest and investment in this work and with the history of the Battle of Trafalgar in general. Yet, the painting “provoked criticism for its non-chronological approach to Nelson’s victory and its powerful allusions to the human price of Britain’s triumph at sea” (Turner’s Battle of Trafalgar Gallery).

It’s been one year today since Britain voted to leave the European Union, and chose to answer the call of the sea …

It was a Thursday, and for the fun, and also because I was a bit pessimistic on the output of the polls, I posted on social medias a link to the “Hello, Goodbye” song by the Beatles on YouTube :

To the loss of a close relationship, or to the death of a valued being, the stages of grief and mourning are universal and experienced by people from all walks of life, across many cultures. There are five well-known stages of grief that were first proposed by Elisabeth Kübler-Ross in her 1969 book “On Death and Dying” : denial, anger, bargaining, depression, acceptance.

People who are grieving do not necessarily go through the stages in the same order or experience all of them. We often move between stages before achieving a more peaceful acceptance of loss. Many of us are not afforded the luxury of time required to achieve this final stage of grief.

Since the vote, David Cameron has resigned, Theresa May became prime minister, article 50 was triggered, and the Conservatives lost their majority after calling a snap election earlier this month.

On the economic front, as the latest figures published by the Bank of England show, wage growth in Britain is not keeping up with inflation, so that real incomes have begun to fall. As this trend continues in the coming months, households will soon realize that their living standards are falling, and they will have to adjust their spending habits. To make matters worse, they will also realize that they have become over-indebted and will have to deleverage, thus further reducing the household consumption that has sustained the economy.

Economic reality is reinforced by a very difficult political reality.

Yet : the Queen’s speech delivered on Wednesday provided the official confirmation that the UK intended to stick to a hard “Brexit means Brexit” philosophy, as set out in Theresa May’s Lancaster House speech in January. It was confirmed by the difficult first discussions about citizens rights, during the European Council held this week in Brussels.

The fact that a mischievous Queen delivered the speech outlining Brexit plans wearing a hat that looked like a European flag will not help us to reach acceptance for the loss of such a close friend within the European Union.

But it should remind us that humorous British are still Europeans.

And who knows ? Sailors return home some day !