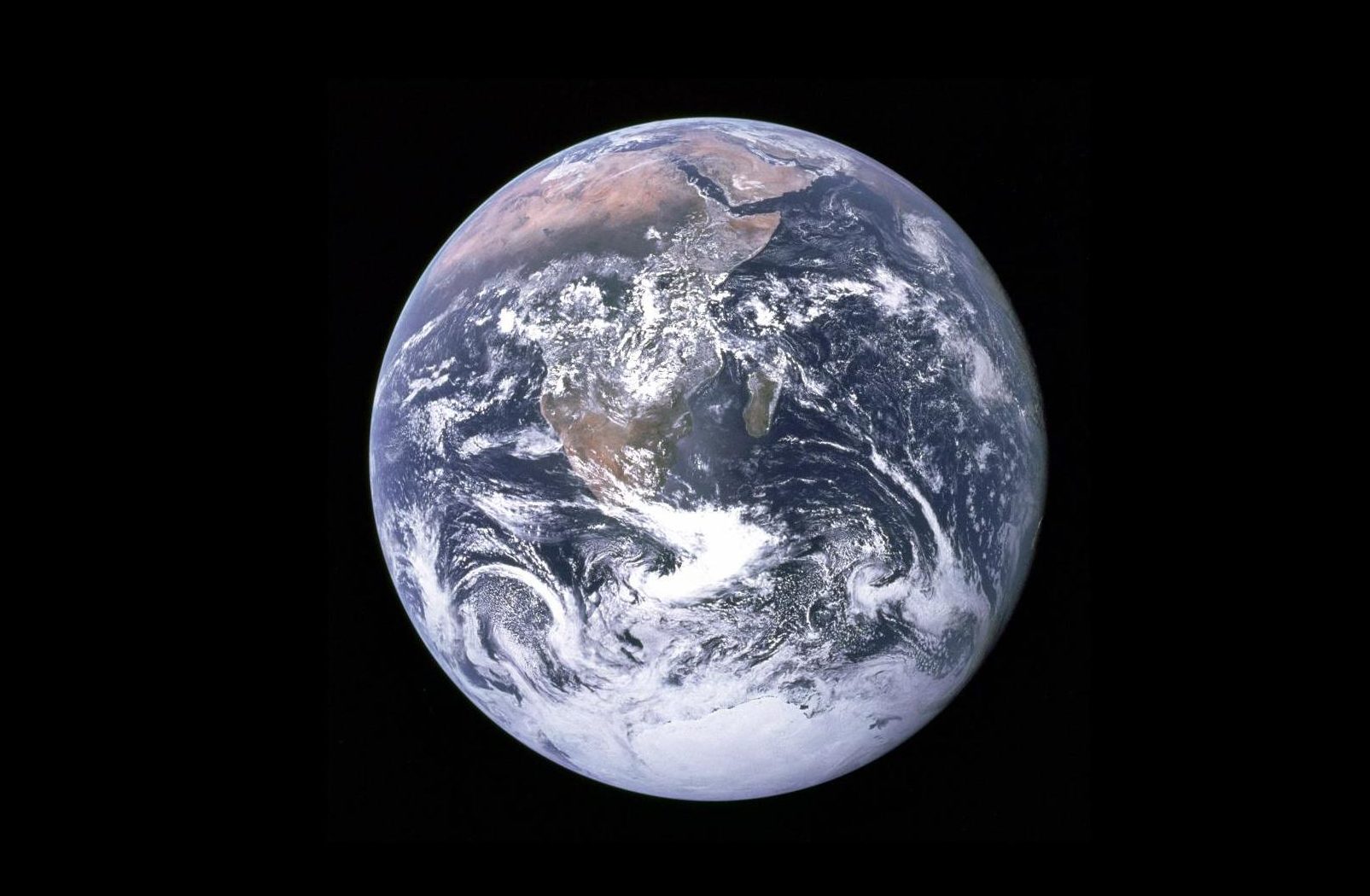 “You are looking for the strings that hold it, some point of support, and they do not exist. You look at the Earth and around, the darkest darkness that man can imagine.”(Eugène Cernan, Apollo 17 mission).

This December 7, 1972, 29,000 km from Earth, the Apollo 17 astronauts had the Sun behind them when they took this photo, the first – and one of the few – to show a fully lit Earth. The trajectory of their mission allowed them to photograph at the same time the entire South Pole.

They named this photo “The Blue Marble”, in reference to the glass ball of our children’s games …

Only a few dozen kilometers of atmosphere surround our blue “ball”. Quite quickly, as one rises above the Earth’s surface, the effects of gravity diminish, the gas concentration (kilograms of gas per cubic meter of atmosphere) decreases.

The second layer, which is therefore between 10-15 km and about 50 km above sea level is called the stratosphere. The temperature gradually increases with altitude, up to around 0 ° C at 50 km altitude.

Beyond that, the concentration of gas in the atmosphere becomes increasingly negligible (although the gases do not really escape terrestrial attraction until above 400 km in altitude)

The main so-called “greenhouse gases” are found in these first two layers of atmosphere:

Visible radiation therefore fairly easily passes through the atmosphere and is partly absorbed by the earth’s surface. This energy supply causes the surface to heat up.

The energy thus trapped is transformed into heat, which contributes to the warming of the lower layers of the atmosphere (the troposphere), where greenhouse gases are most concentrated.

For 40 years, scientists have alerted us. Our children now question us, and at the same time question our model …