The Battle of the Giants ? 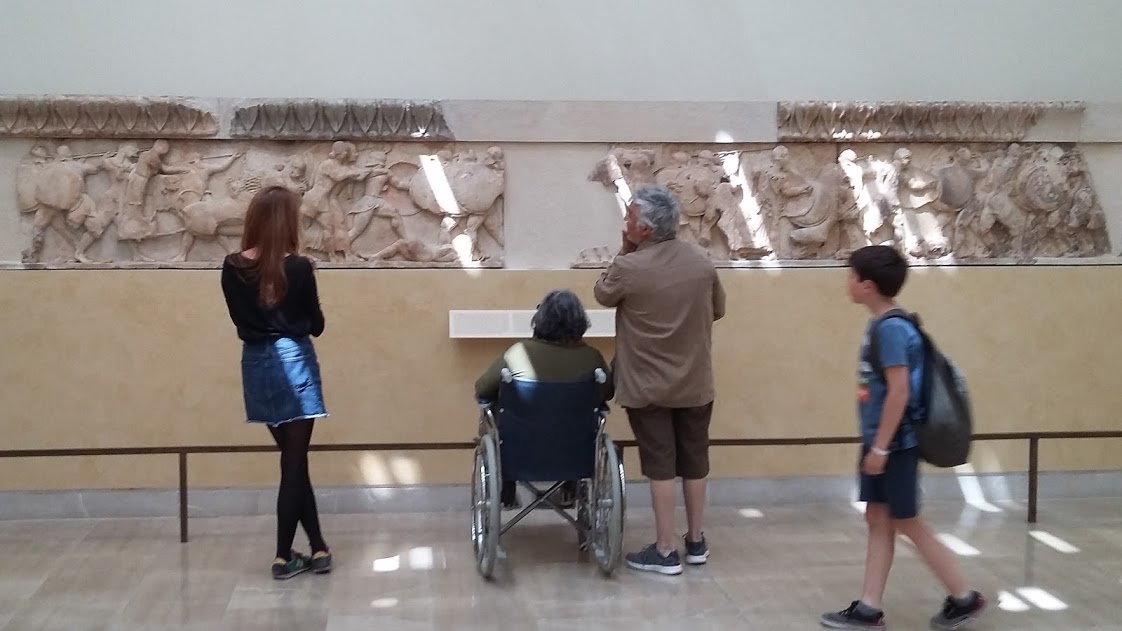 The campaign to choose the next French president comes to its end.

It has been the quintessence of the new, disgraceful way of doing politics we can observe in many, if not most, of our developed economies. But at the end of the day, it emerges as a very clear choice between two non-traditional figures of French politics, with opposing views on the place of the country within Europe.

At some stage, it becomes impossible just to stay a spectator, like these visitors at the Delphi Archaeological Museum in Greece admiring “the Battle of the Giants”.

In many aspects, this second round of the French presidential election looks like the second leg of the French 2005 referendum. It was twelve years ago and the French were faced with a referendum on whether to ratify the European Constitution.

At the time, voters were specifically asked : “do you approve the bill authorizing the ratification of the treaty establishing a Constitution for Europe?” But the question prompted a bitter debate in France that split traditional political parties on both sides and left 55% of the voters rejecting the bill. Three days later, the Dutch rejected the bill too, in a referendum of their own. Even though nine of the EU member states had ratified the treaty, European leaders eventually had to accept that the referendum results killed off the constitution.

This twin move was described as a political earthquake at the time, not least considering France and Netherland’s roles as two of the EU’s founding members. No matter the reasons why they voted, the shock result sent tremors across Europe, just like last year’s Brexit vote, and the EU member states were left having to come up with a plan B.

By this point, president elections were on the way in France and presidential candidate Nicolas Sarkozy pledged a re-negotiation without a referendum. He became president in 2007.

In the following months, the EU member states repackaged the constitution into what became the Treaty of Lisbon in 2009, a document which, while not a constitution, was considered more or less the same as the one which the French and Dutch had rejected. President Sarkozy presented the treaty to the French parliament and it was adopted. Many French voters, on the left and far- right sides of the political spectrum, believed their wishes that they had clearly presented in 2005 had been ignored …

Quoted in a recent “CEPS” (Center for European Policy Studies) paper, the German poet-dissident Wolf Biermann once wrote “I can only love what I am also free to leave”. With Brexit, the idea that the price for a country of an exit is so high that there is no alternative has proved to be wrong.

On Sunday, the question to be asked to French voters is very clear, and very similar to the one asked to British people one year ago : do you want to pursue the European project or not ?

I come back to the picture which illustrates this post. I apologize for its poor definition as I took the picture last week in Delphi with an apparently “tired” smartphone.

It depicts the north frieze of the Siphnian Treasury, to be seen in the Delphi Archaeological Museum in Greece. “The Battle of the Giants”, namely the battle of the sons of the Earth, the Giants, with the Olympian gods for power is a widespread myth about the conflict between the old and the new world order, depicted very frequently in ancient Greek art.

It symbolizes the triumph of order and civilization over savagery, barbarism and anarchy.

Isn’t it exactly what European project is about ?

Iconography : Visitors at the Delphi Archaelogical Museum in Greece admiring the North Frieze Detail of the Siphnian Treasury (namely “The Battle of the Giants”), April 26th 2017, personal collection.