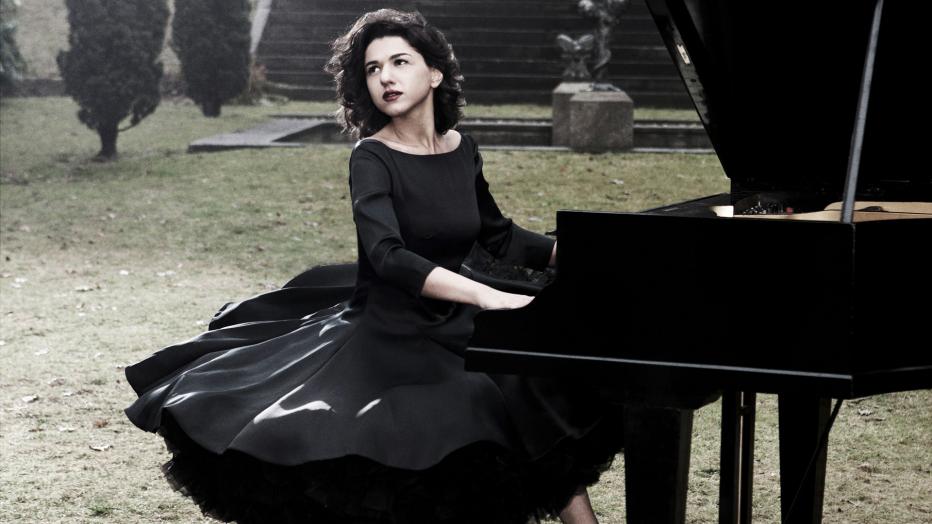 … The beginning of the opening of Rachmaninoff Piano Concerto No. 3 : a simple theme, delicate, dreamy, moderate, before entering a more expressive phase, more assertive. All the first movement oscillates between these two states, in the manner of Chopin, between melancholy and meditation. The first theme comes back to the middle and the end of the movement, before a conclusion of a somewhat surprising austerity.

Rachmaninoff composed this concerto in four months during Summer 1909 . Despite he did it in the peaceful setting of his family’s country estate, Ivanovka, it’s for me the music of an exile. He completed it on September 23, 1909, just before leaving to the United States. Due to time constraints, Rachmaninoff could not practice the piece while in Russia. The story tells that instead, he practiced it on a silent keyboard that he brought with him on the ocean liner to the US.

The concerto was first performed on Sunday afternoon, November 28, 1909 by Rachmaninoff himself. It received a second performance under Gustav Malher on January 16, 1910, an experience Rachmaninoff “treasured” he said himself.

« At that time Mahler was the only conductor whom I considered worthy to be classed with Nikisch. He devoted himself to the concerto until the accompaniment, which is rather complicated, had been practiced to perfection, although he had already gone through another long rehearsal. According to Mahler, every detail of the score was important — an attitude too rare amongst conductors. … Though the rehearsal was scheduled to end at 12:30, we played and played, far beyond this hour, and when Mahler announced that the first movement would be rehearsed again, I expected some protest or scene from the musicians, but I did not notice a single sign of annoyance. The orchestra played the first movement with a keen or perhaps even closer appreciation than the previous time. »

The music of uprooted people is very touching. Again, think of Chopin, who left Poland at the age of 20 and never returned : his work is entirely irrigated by nostalgia. This Rachmaninoff concerto appears to me to be the last romantic work, only a few years before Europe sinks into the twentieth century

Her official website gives a few keys : “Khatia, born in Batumi, Georgia, by the Black Sea, on the longest day of 1987, knows the price of freedom and independence, and understands the energy needed to stand tall in life. The example set by her parents did not go unheeded. During the chaotic period her country went through, Khatia’s parents had to display great resourcefulness to keep poverty at bay. Her mother, who introduced her to music, sewed together magnificent dresses for both her daughters from bits of cloth that she scavenged here and there. The sisters saw before their very eyes a model of creativity for smiling in the face of adversity.”

Khatia Buniatishvili is first of all a happy laugh, a face that has kept the curves of childhood, and makes more touching the glamorous side of his appearance. Going beauty in her siren dress, when she appears on the platform : proud of her youth and love of life.

Then she assumes the piano : melancholy, refinement, breathing, and an incredible virtuosity …

Thank you Madame, to have chosen to become French in 2017.